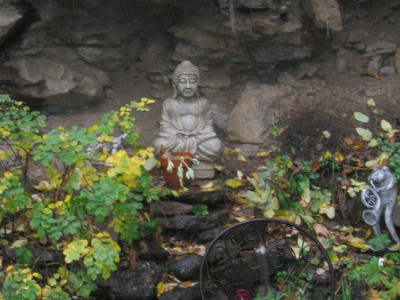 When you’re under pressure from work and family and the emails don’t stop coming, it’s hard to stop your mind from jumping all over the place.

But scientists are finding that it may be worth it to train your brain to focus on something as simple as your breath, which is part of mindfulness meditation.

A new study, published in the Proceedings of the National Academy of Sciences, is the latest in a hot emerging field of research examining how meditation relates to the brain. It shows that people who are experienced meditators show less activity in the brain’s default mode network, when the brain is not engaged in focused thought.

The default mode network is associated with introspection and mind wandering. Typically, drifting thoughts tend to focus on negative subjects, creating more stress and anxiety. It has also been linked to attention-deficit hyperactivity disorder and Alzheimer’s disease.

Researchers looked at experienced meditators and trained novices. There were 12 in the “experienced” category, with an average of more than 10,000 hours of mindfulness meditation experience (Malcolm Gladwell’s “Outliers” suggests that it takes 10,000 hours to be an expert at something), and 12 healthy volunteers who were novices in meditation.

Each volunteer was instructed to engage in three types of meditation: concentration (attention to the breath), love-kindness (wishing beings well) and choiceless awareness (focus on whatever comes up). Scientists looked at their brain activity during these meditations with functional magnetic resonance imaging (fMRI).

“It doesn’t matter what they’re doing, they have an altered default mode network,” said Dr. Judson Brewer, medical director of the Yale University Therapeutic Neuroscience Clinic and lead author of the study. “We were pretty excited about that, because it suggests that these guys are paying attention a lot more.”

From this particular study, researchers can’t say whether meditating is beneficial to the brain. But, viewed in conjunction with other studies showing the positive effects of mindfulness training for depression, substance abuse, anxiety and pain disorders, it seems to have promise. Also, a 2010 study found that people tend to be more unhappy when they their mind is wandering.

“Putting all those together, we might be able to start get at what the mechanisms of mindfulness are,” Brewer said.

But the study does not address the issue of cause: Is meditation changing the brain, or do people who already have these brain patterns get interested in meditation?

“Emerging data from our group and others suggests that some things thought to be result of meditation might be cause of meditation,” said Dr. Charles Raison, associate professor in the Department of Psychiatry at the University of Arizona College of Medicine.

If some people are just better at keeping their minds from wandering, that would also be consistent with the Buddhist idea that your capabilities are the result of your Karmic path, so meditation may be better suited to some people than others, Raison said.

Someday, if brain scans become cheap enough, one day there might be a test to see who can benefit most from mindfulness training, Raison said.

In the meantime, scientists should explore these open questions by doing longitudinal studies, Raison said. That would involve assigning some people to meditate and some people to not meditate, and following the groups over time to see whether a change in brain activity patterns is visible.

—
Mind precedes all phenomena,
mind matters most, everything is mind-made.
If with an impure mind
one performs any action of speech or body,
then suffering will follow that person.

Mind precedes all phenomena,
mind matters most, everything is mind-made.
If with a pure mind
one performs any action of speech or body,
then happiness will follow that person
as a shadow that never departs. 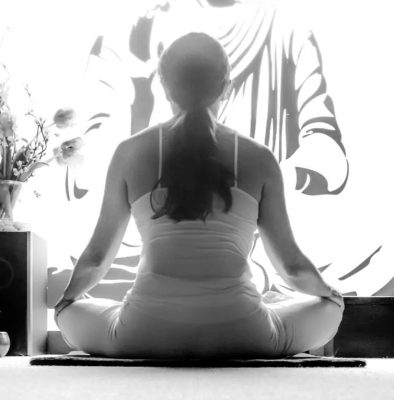